Dr Norman Hohl believes this is a very important study and wrote:

On Tue 14 Nov 2017 I was very privileged to hear Dr Pete Smith BMedSci MBBS FRACP PhD (who is a leading allergist and immunologist currently working in Southport) explain in detail his hypothesis on the cause of the recent marked rises in food allergies in children and many degenerative and/or autoimmune diseases in adults including diabetes, atherosclerosis, chronic kidney disease, and Alzheimer's disease

His “false alarm” hypothesis was published in the Journal of Allergy and Clinical Immunology (JACI) in February 2017, see the original article (PDF).

The high regard for its scientific validity resulted in Dr Smith being asked to speak on the 27 Oct 2017 in London at a Plenary session of the annual European Academy of Allergy and Clinical Immunology (EAACI) which is the largest medical association in Europe in the field of allergy and clinical immunology and has over 9,000 members from 121 countries.

A quick summary of extracts of his hypothesis is that our Western diet is sending a false alarm to our immune system causing it to regard normal good foods such as nuts, eggs and milk as dangerous which causes an allergic reaction.

The Western diet contains food which is high in what are called “AGE products” which stands for Advanced Glycation End-products. This false alarm signal is markedly aggravated by proglycating dietary sugars, particularly fructose.
Eating whole fruit with fructose is fine but drinking fruit juice is very bad, especially apple juice.
These AGE products are mainly produced in high amounts by animal proteins and oils/fats cooked at high temperatures. This happens particularly with frying and micro-wave cooking.
Sugars are bound to proteins or fats forming AGE products which are also called glycotoxins.
The best characterised of these AGE products is a cancer causing agent which is capable of causing damage to our DNA.

Dr Smith proposes that fructose is a key substrate for this agent when eaten together with these AGE products which are produced by cooking meat in fat at high temperature.
Serum uric acid levels are a predictor of fructose toxicity. This plays a key role in causing peanut allergy.

Dr. Smith explained that “Our diet is high in AGEs, which are largely derived from cooked meats, oils and cheese.”
Microwaving whole milk (which is low in AGEs) increases AGE production 5 fold at 1 minute and 86 fold at 3mins.
Converting whole milk into dry powdered milk increases AGE production by 670 fold!
In the USA sugar intake (especially fructose) has increased dramatically over the last 50 years as has potato consumption, mostly as French fries. This is the most common vegetable eating by 2-4yr olds now.
90% of 3-4yr olds have fructose food every day.
The good news is that probiotics degrade AGEs as do dietary flavonoids found in green tea, apples & soy products.


October 2017
The following three research studies are all concerned with evidence pertaining to better ways to lose weight.

August 2017
Walnuts reduce hunger
This study published in a journal called Diabetes, Obesity and Metabolism concludes that Walnut consumption decreased feelings of hunger and reduced appetite. The study used brain imaging to assess what happens in the brain after consuming walnuts vs control group's brains. This is a fascinating study with the easiest take away - eat some walnuts to control your hunger!
Read the summary of the study entitled Nutty approach to diabetes and obesity (PDF).

July 2017
Nonnutritive sweeteners and cardiometabolic health
This massive study of people who use artificial sweeteners is frightening in it's implications for Australians.
Collectively Australians consume a huge amount of artificial sweeteners such as aspartame (nutrasweet), sucralose and stevioside.
Dr. Harlan Krumholz, editor-in-chief of NEJM Journal Watch Cardiology, comments: “This study raises the concerning possibility that not only have these sweeteners not helped people manage their weight, but may have actually jeopardized their cardiometabolic health.”
Read the summary of the study entitled Artificial Sweeteners Not Tied to Lower BMI, May Even Increase It (PDF).
Also see original study online.

June 2016
Of the 2 studies immediately below Dr Hohl has said “They both reinforce our fundamental message that healthy lifestyle reduces the risk for some of the most prevalent and serious risks to our health.”

Healthy lifestyle helps avoid Cancer
Around 20% to 40% of cancer cases and about half of all cancer deaths can potentially be avoided by making modifications in lifestyle, according to new findings.
After investigating cancer risk among a portion of the US white population, the authors of a large cohort study concluded that a large proportion of cancer cases and related mortality could be prevented if people did not smoke, drank only a little alcohol, maintained a healthy weight.
Read the 3 page summary of the study entitled Lifestyle Changes Can Dramatically Cut Cancer Incidence (PDF).
Also see original study online.

May 2016
Below are Dr Hohl's comments on the important questions "Is Ovarian Cancer screening worth it?"

"This 14yr study from UK has finally shown that the blood tests we have been doing for years, Ca125+HE4 (ROMA), DO actually reduce deaths from Ovarian cancer, albeit only 20% in those who did not have a cancer already present found on enrolment. (i.e. the true screening of those with no cancer to start with) You will note, that some of the women were only screened for 6yrs (2005-11), which is not long for such a cancer so I expect the benefit will be greater the longer a women is screened for as this study shows in the difference in time to death. Only 8% reduction in deaths in years 0-7, but 28% reduction in years 7-14.

Food allergy research revisited May 2016
Dr Hohl commented that "this [earlier] article, with validity confirmed by ‘Evidence Updates’ reviewers, will be of interest to many of our patients. It correlates with the recent articles linking early exposure to nuts reducing allergies."
See summary of research entitled Gluten Introduction to Infant Feeding and Risk of Celiac Disease: Systematic Review and Meta-Analysis (PDF).

Below are Dr Hohl's earlier comments on the important food allergy research which follows.

"This article (summary below) supports other recent studies suggesting the early introduction of common allergenic foods, reduces the development of food allergy.
We need to note specifically the ‘per-protocol’ results, i.e. for the parents who actually followed the protocol of introduction of all the foods at 3/12 old versus those at 6/12. Overall allergy development was 2.4% v 7.3%. Of particular interest was that peanut allergy 0% v 2.5%, and egg allergy 1.4% v 5.5%.
1303 babies in the study in total so a meaningful sized cohort, but note in the editorial that only 43% in the early introduction group were able get their children to eat all 5 foods as per protocol. Some of these foods can be difficult to get 3/12 olds to eat.
Results still worthy of consideration, as confirmed by the repeat publication of this abstract by “Evidence Updates” which only publishes after new articles have been further reviewed by an independent panel for validity and relevance. "

Back to Top of Page

Please remember that the information on this webpage is collated from outside sources and is for your general information.

We advise that to act on any medical information without first seeing a medical practitioner is not a good idea.

If you want more information regarding a particular treatment please contact Health HQ to make an appointment where a doctor will make an assessment as to a treatment's application in your case.

Please check the terms and conditions regarding the use of this website and note the disclaimer regarding external links and studies. 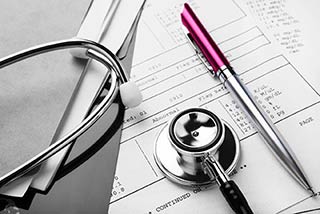 The Health HQ practice principal Dr Norman Hohl compiles the very latest 'breakhthrough' medical research studies that are affecting the way medicine is being practiced at Health HQ and around the world.

See below for Dr Hohl's comments on the following article.
Brilliant new hypothesis on cause of food allergy and many other diseases
“Pete Smith is a genuine genius and this hypothesis is a world first and of massive potential benefit for the health of all of us in the Western world and also those in developing countries that are rapidly adopting the Western diet and lifestyle. ”

Dr Hohl believes the three most recent studies concerned with DIETS and DIETING will be able to help many people as well as being of great interest to most people.